So, as we all get back on our feet for the recovery, we’re keen to help and to play a part in your recovery strategy with a range of great offers that can help get valuable programming back in your schedules.

Scroll down for an overview of the current Inverleigh Deals but most importantly, please talk to us about your needs and circumstances all of which we’ll be most willing to navigate workable solutions through.

Outstanding value for a limited time only –  for every two episodes purchased, we’ll give you another episode FREE – so if you license a 52 episode series, you’ll receive a bonus 26 episodes FREE.

If you’re looking for evergreen football content, need to bolster your depleted library programming or adding premium documentaries for your second half schedule, take advantage of this great offer now!

Offer applies only to license fee based deals.

Free episodes can be selected from any of our range of available weekly programs (8 titles in total) and can’t be the same title as the original purchase title.

Based on total number of episodes licensed in the same deal, irrespective of the number of titles licensed.

Contract must be both signed and first payment received between 1st July and no later than 10th August, 2020.
Can’t be used in conjunction with any other offer.

Here are some suggested titles: 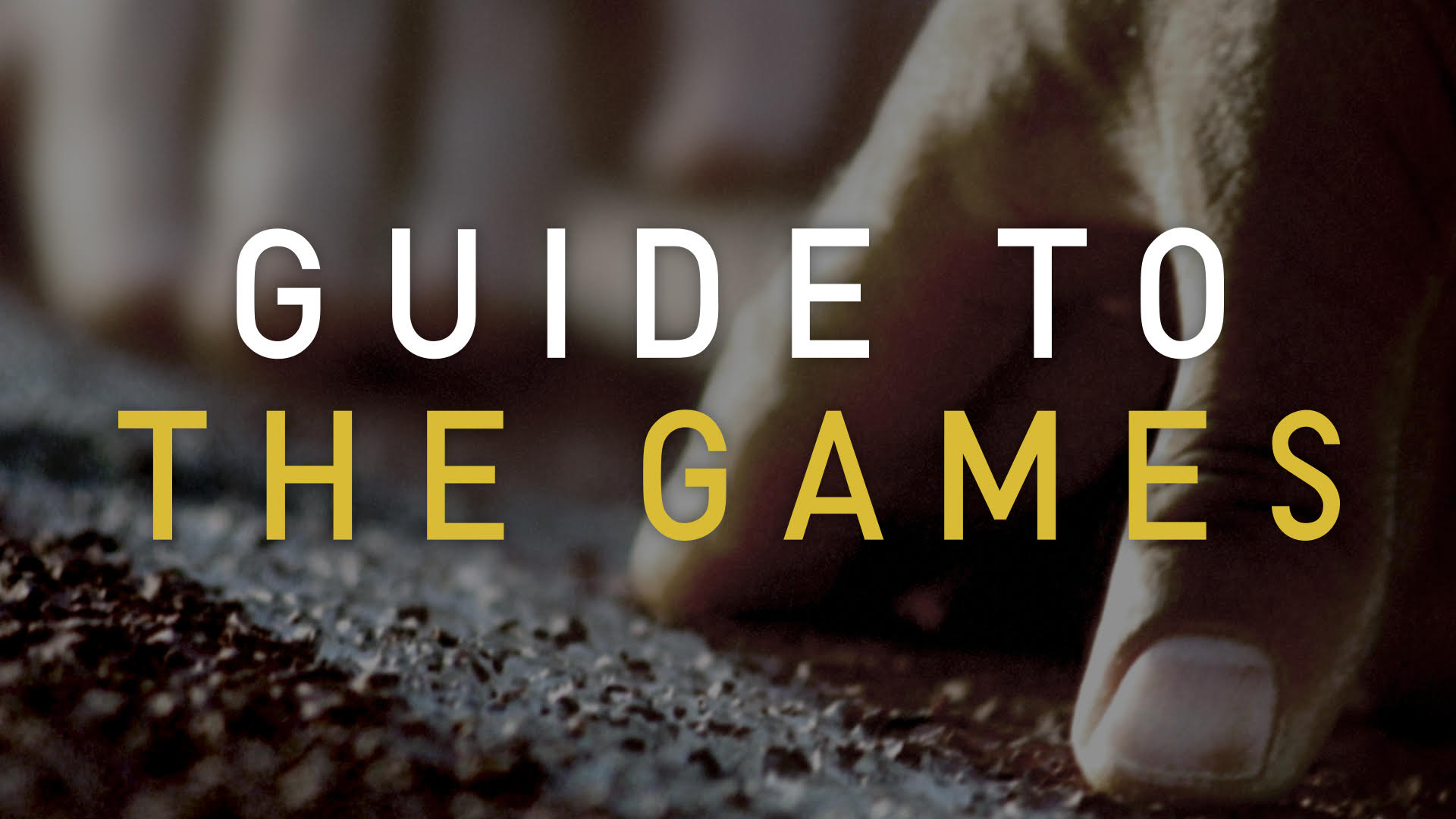 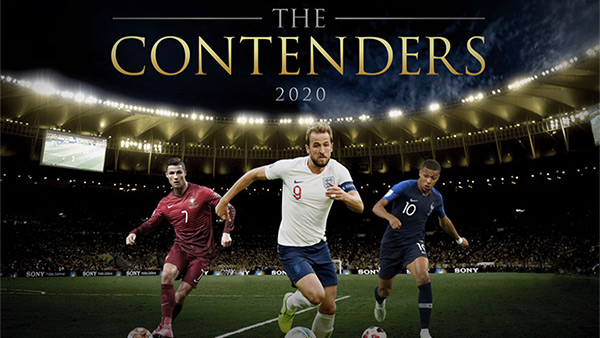 Here’s your chance to get FREE ‘as-live’ sport into your schedule and experience EFC, premium MMA, with a completely FREE trial package:

EFC is set to become an MMA powerhouse, being one of the first promotions to return to staging live events in the wake of the lockdown.

This is a world class MMA competition and we are absolutely confident you’ll be wanting more once you’ve assessed audience response. The great news is EFC events are poised to recommence in July and there will be a further 9 events to be staged over the remainder of 2020.

Take advantage of this outstanding offer of ‘live sport’ at zero charge – what do you have to lose?

Offer applies only to traditional FTA and Pay TV clients – sorry, no agents.
Offer expires  10th August, 2020.
Can’t be used in conjunction with any other offer. 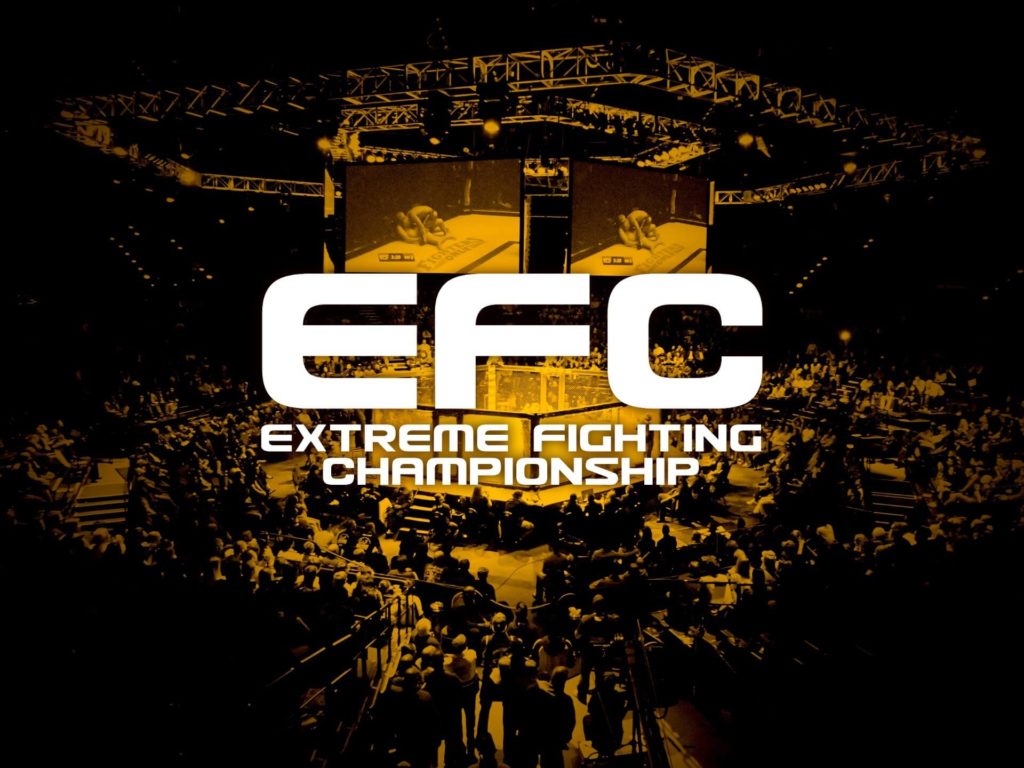 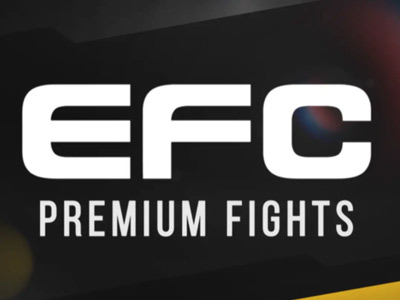 We love supporting our existing customers, especially in tough times!  So if you’ve licensed programming from us in the past, or have our shows currently under license, here’s your chance to extend rights to use that content at just a fraction of the original price!

We’re offering a whopping 70% discount on all 12 month rights extensions for a limited time only.  That’s right – 70%!!

This deal can apply to any deal that has expired in the past three years (from 1st July, 2017) and also to any current deal for timeless programming.

How does it work:  Simply let us know which programs you would like to extend and we’ll get the paperwork drafted up and over to you pronto!  Those shows can immediately go back into your schedule!

Offer applies only to license fee based deals – traditional TV and digital media customers only.
Rights will be extended for a maximum 12 month period unless otherwise agreed.
Subject to rights being available.
Contract must be both signed and total payment received no later than 10th August, 2020.
Can’t be used in conjunction with any other offer.

Check out some of our most popular evergreen titles: 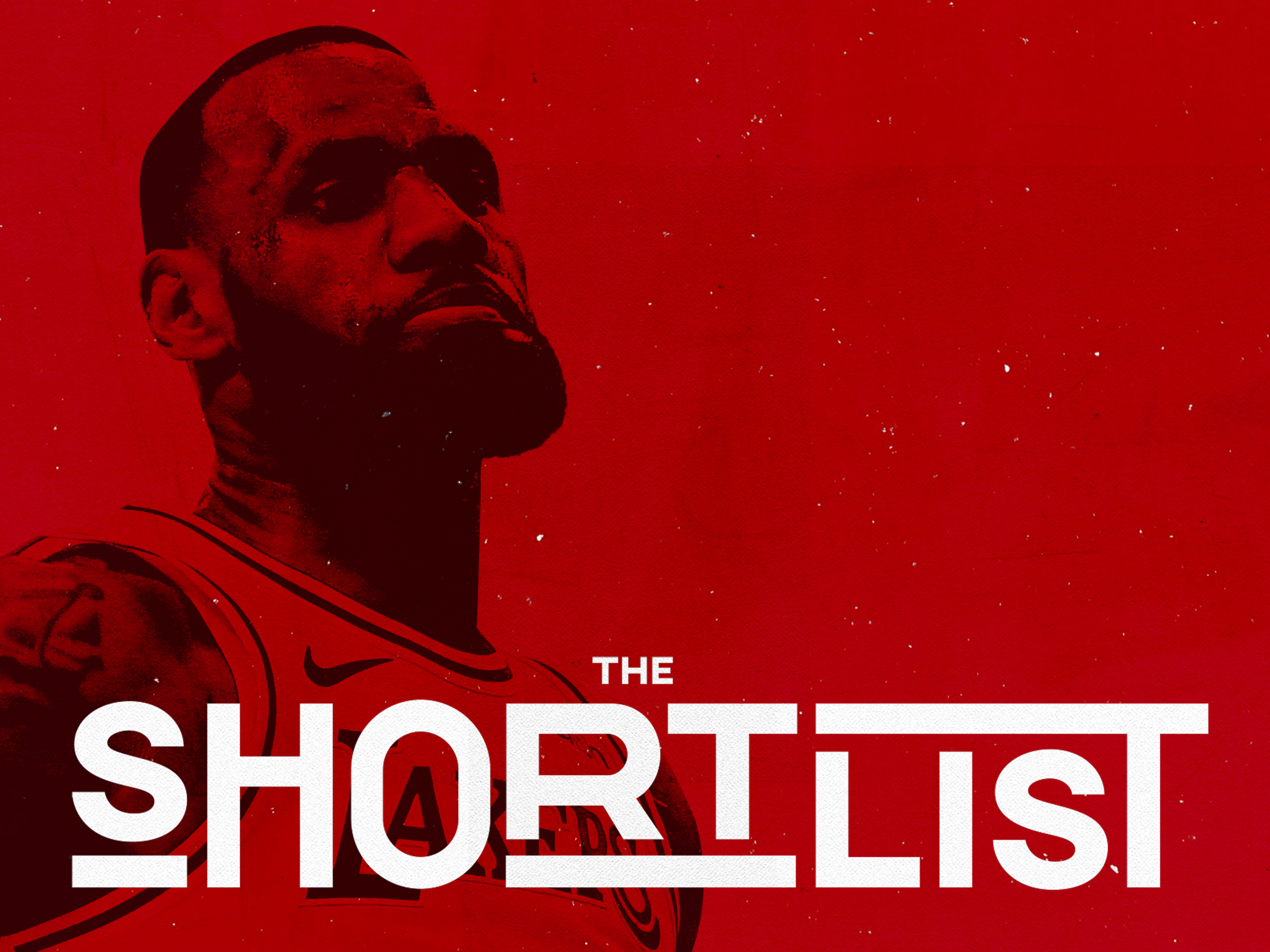 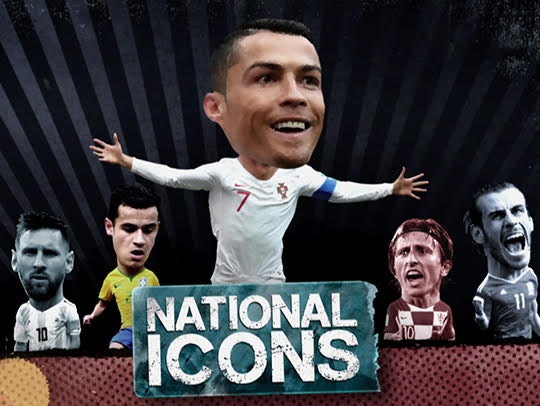 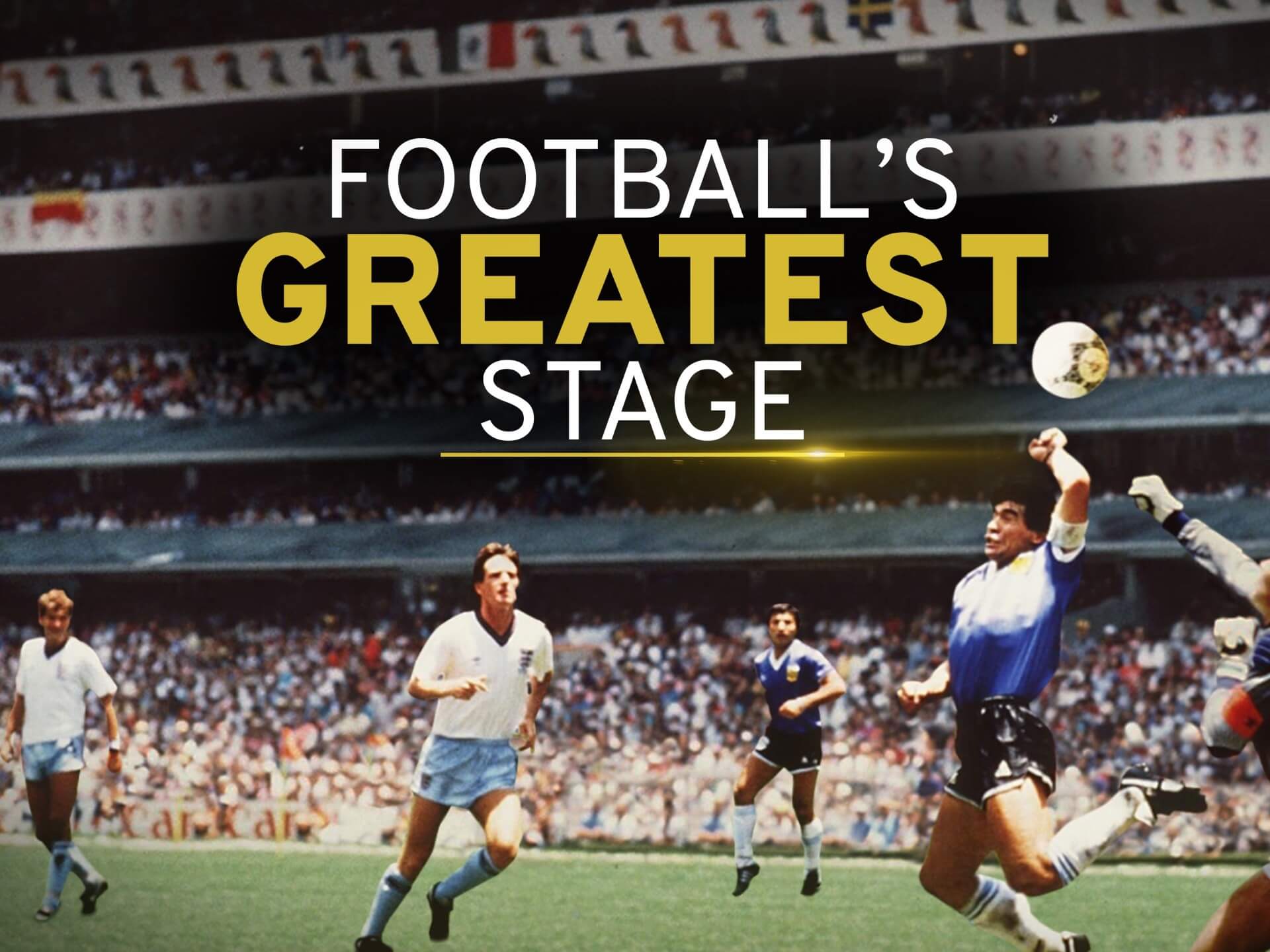 Documentary programming is dominating the cultural conversation.  Surely, we’ve all found ourselves in a discussion about Tiger King at some stage in the past months, go on, admit it!

And yes, Michael Jordan could likely sneeze on TV and it would be a ratings winner, but the success of The Last Dance is clear demonstration of the current appetite for documentary and factual programming that tells the great stories of sport.

Cross that with our fascination and awe of the inspiring stories of iconic sports legends and you have a certain winner, all the more so in the previously unimaginable context of an absence of any live sport taking place.

In the emergence of VOD, there is a widely acknowledged demand for non-live sport content as consumers expect any time of day, day of week, access to sport.  Live sport is not 24/7 but fan’s expect 24/7 engagement.

As a media genre, sport boasts two unique attributes; one, its unpredictability – it is essentially unscripted live theatre that captivates its audience, and secondly, perhaps most notably, sport has loyalty, passionate tribalism/nationalism and that loyalty extends beyond the live event drawing on a legacy and rich history of tradition, current developments, heroes, iconic figures… of which great stories are born.

The story of sport is compelling for different reasons to live sport and its role is enjoying elevated importance through the process of media disruption.

And while Michael Jordan is clearly a figure of rarified standing, the inspiring attributes of his story are common across a wide range of iconic sports figures of his, the current and the former generations.

There is immense value in the story of sport and at a time where on-demand is the expectation, sports documentary programming is proving more valuable than ever.

Check out some of our sports documentary titles here: 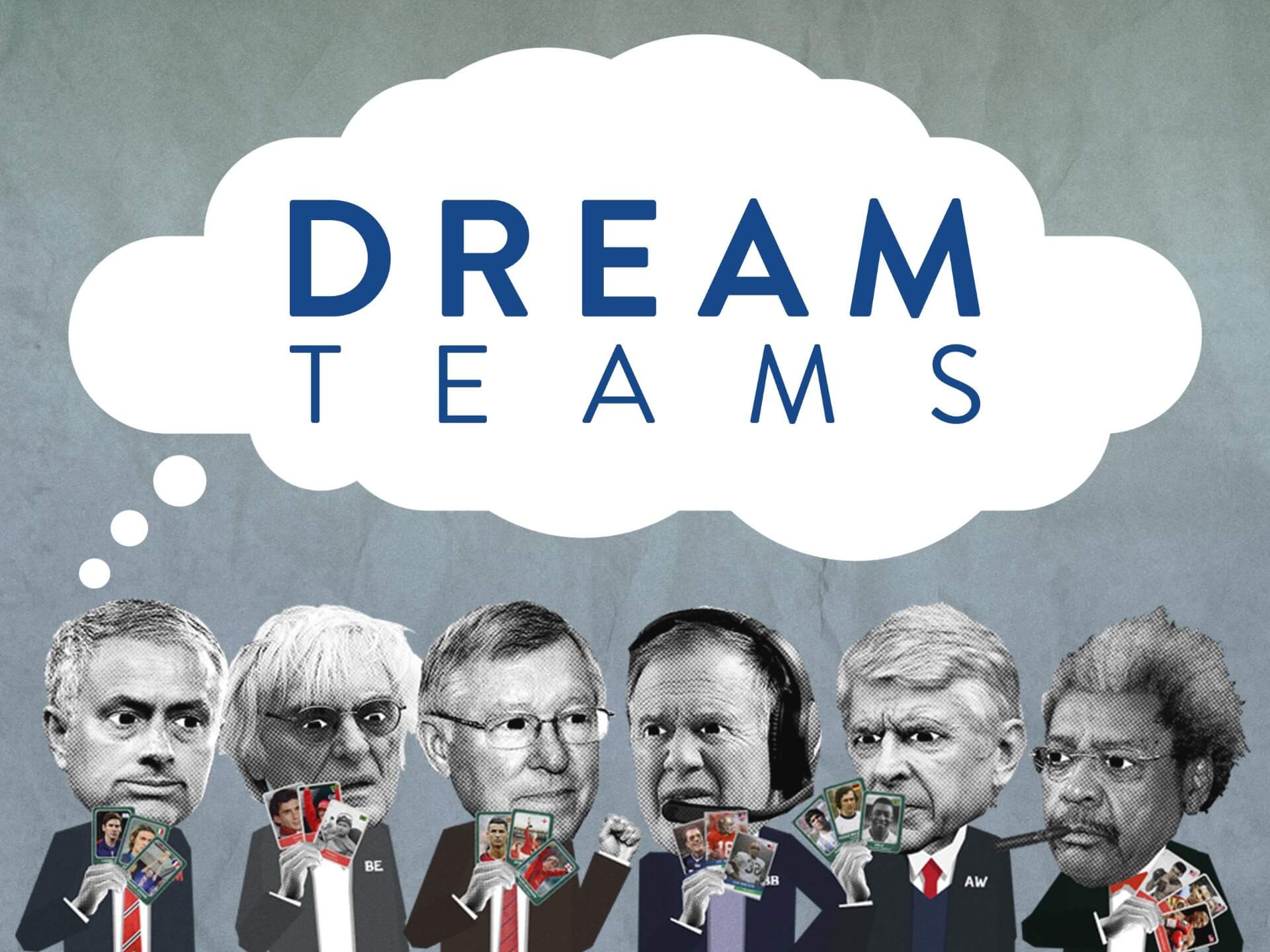 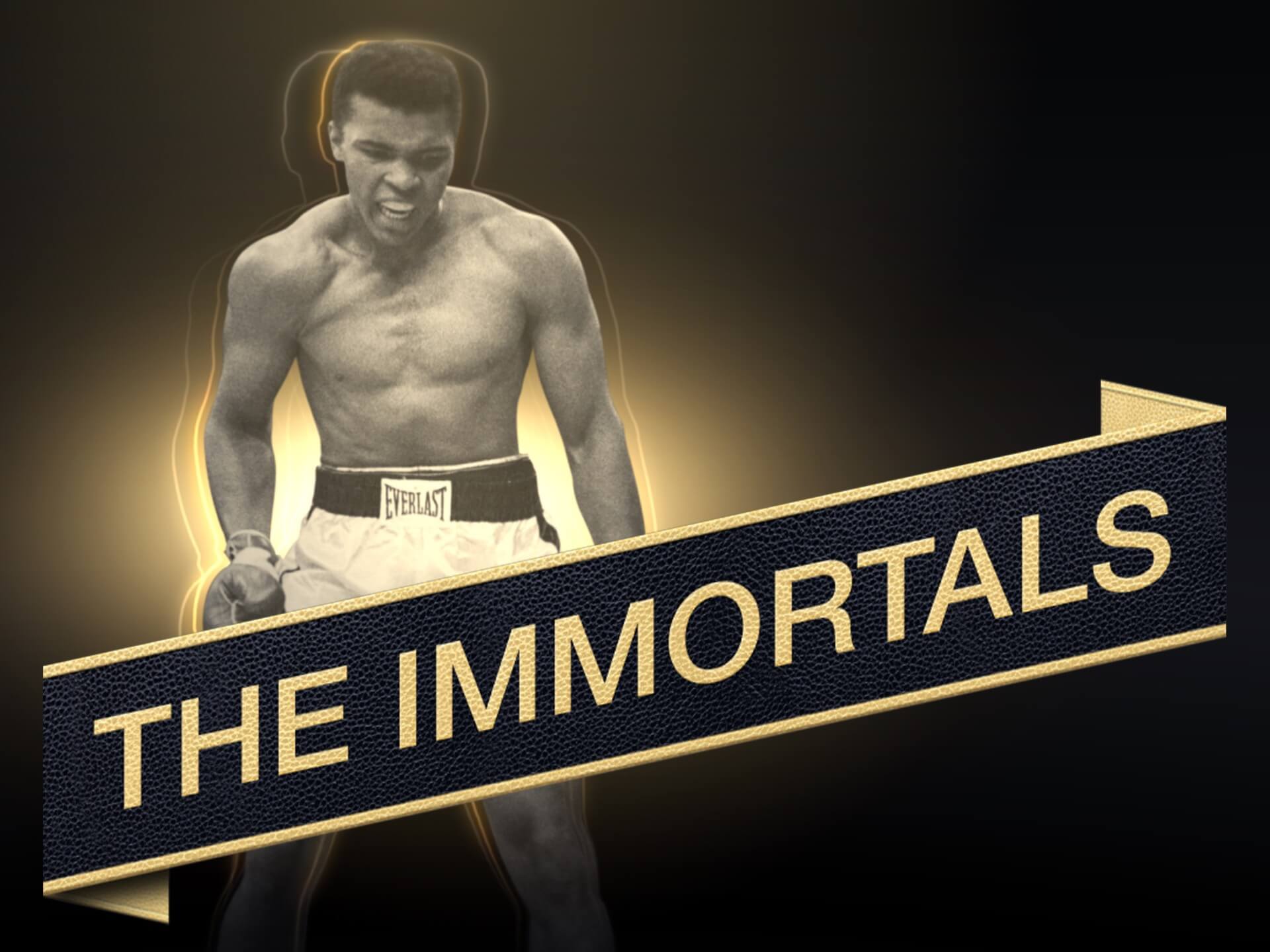 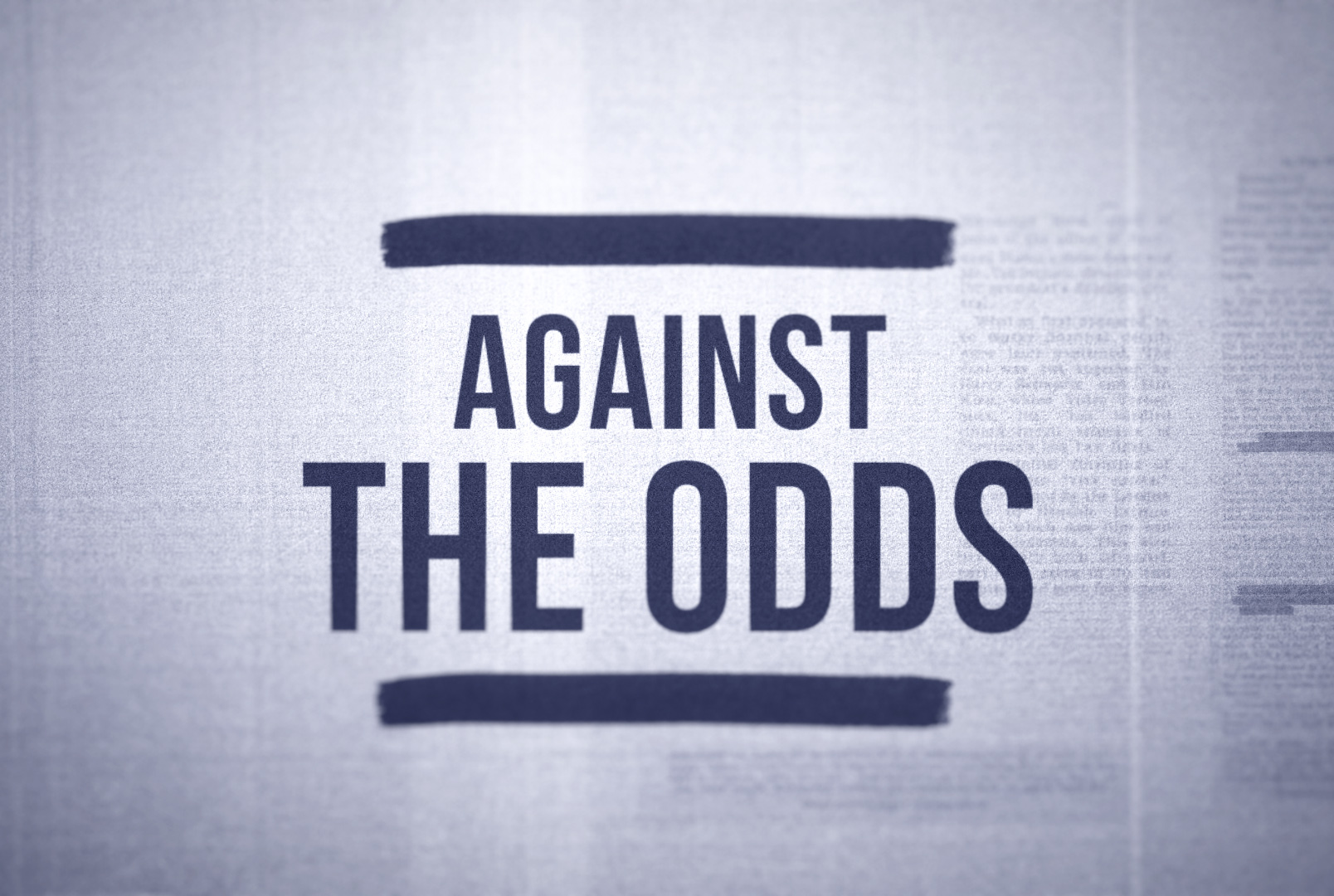 We’ve seen a surge on demand for our vignette packages which is unsurprising given the hit on advertising in the wake of the pandemic.

Our vignettes are created to fill 60 seconds of unsold commercial time and are completely flexible allowing for network or sponsor branding.

But mostly, it’s the audience that appreciate them most, because who would want to watch advertisements unnecessarily!?

5 reasons why we love vignettes:

Check out samples of our most popular vignette packages here: 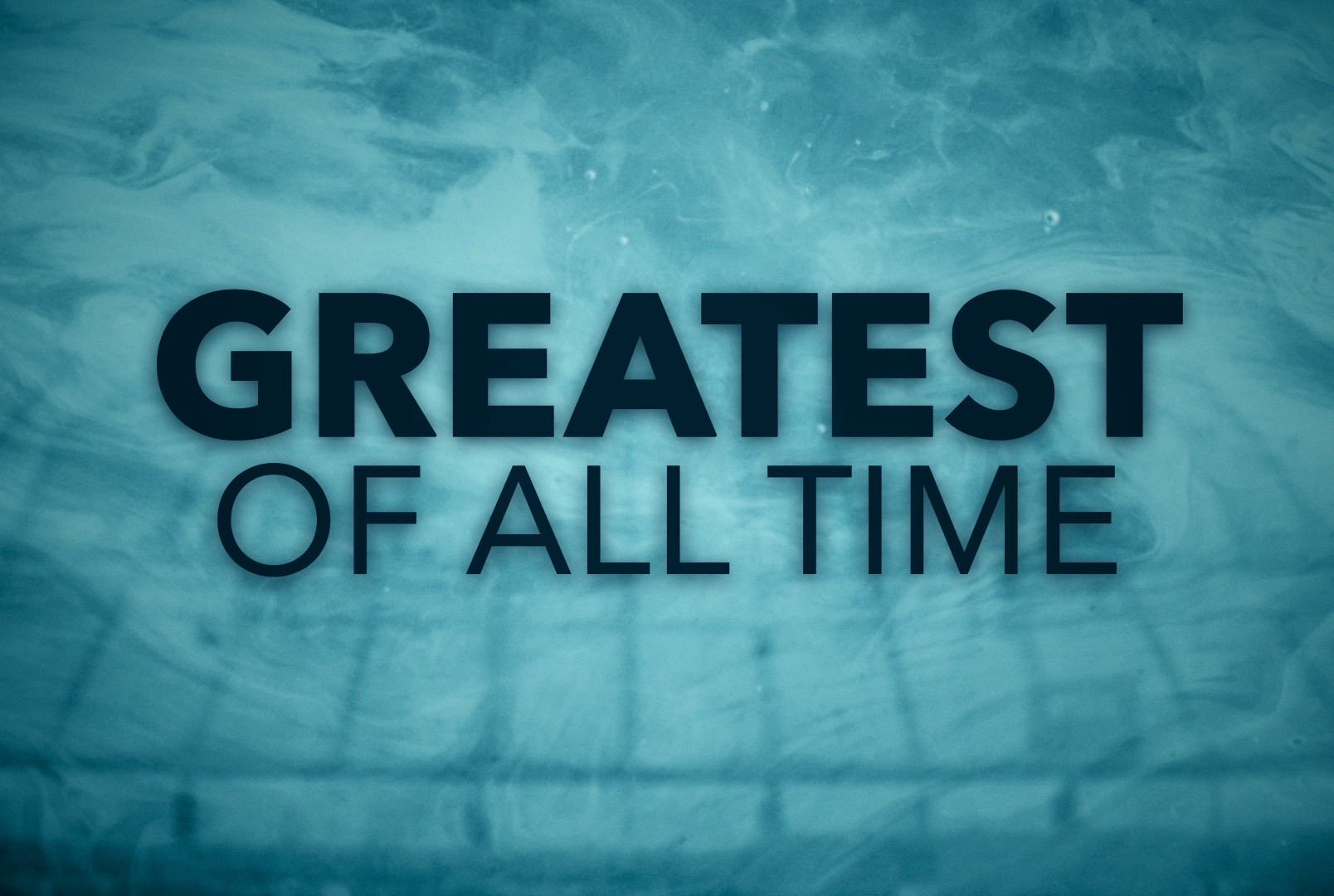 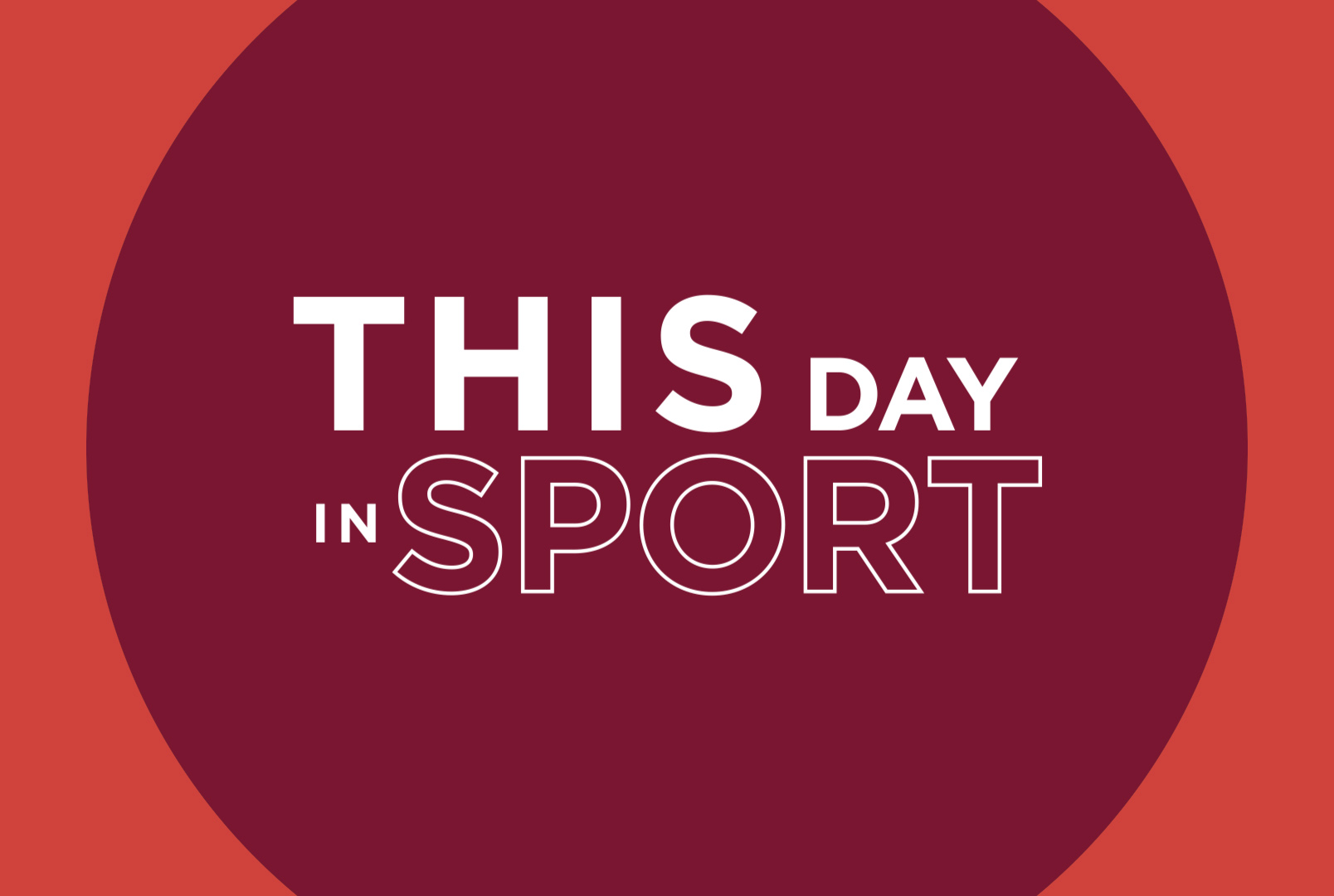 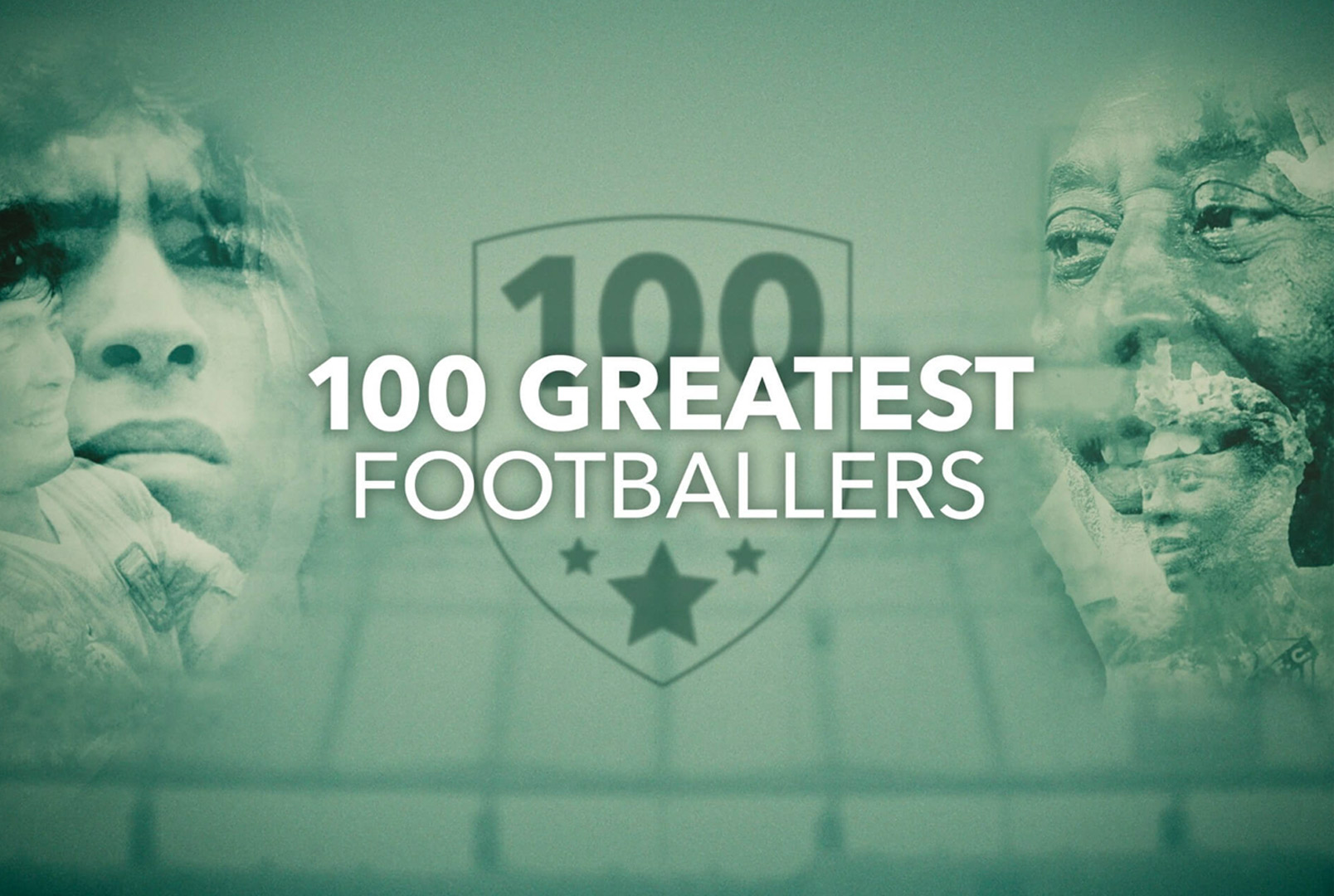 Our management and staff are extremely grateful for abundant support demonstrated by a large number of clients over the past months.

As a privately owned, independent business we are certainly vulnerable to the impact of a sudden downturn so it has been significant that a number of valued clients and partners have stepped up at such a critical time.  For that we are most grateful.

To that end we continue to extend our support wherever possible to our valued client base, particularly those most challenged.

The television and media industries have seen considerable disruption over the recent years and the challenges inherent to that are exacerbated by the sudden economic impact of the pandemic.

But despite the fallout, both at corporate and personnel level,  there has been a clear banding together across our industry and a desire to work together to achieve best case outcomes.

Our determination has been and remains, to ‘hold our shape’ as we push through this and come out the other side with as minimal collateral damage as possible in terms of our valued staff and ideally for our supply partners and broader industry.

We’re pleased that we have been able to maintain productivity, our output has not suffered thanks largely to the commitment of our wonderful team and we continue to deliver both our weekly and timeless programming without disruption.

We see this as an opportunity for innovation and to re-emerge from the crisis better equipped to meet the demands of our market but also as a time for flexibility and working creatively in finding solutions that can support our clients through what are challenging times.

As we have always maintained, Inverleigh is a solutions focused company and we see that role as being more important today than ever.

Please don’t hesitate to reach out if there’s any way we can help in the coming months and ideally towards a rapid rebound for us all.